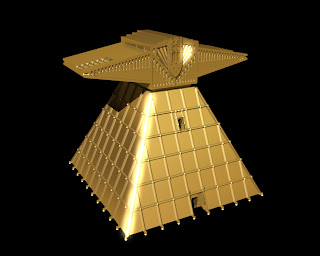 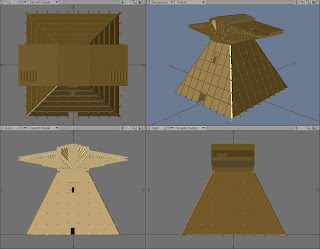 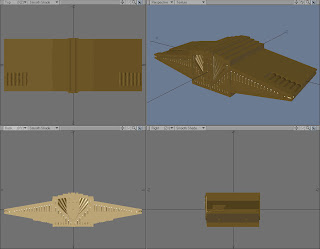 I think this was the third model I started on after the Atreides Ornithopter and Frigate.
I ended up drawing all the detailed patterning on it in Adobe Illustrator and importing the line work into Lightwave and using that as the basis of the shapes. In fact, that is a process I have used for much of the detailed work as I find trying to create it directly in Lightwave is a huge hassle.
The steel tent posed a problem in modeling it, since I couldn't make one side and then clone it and taper it all since some of the shapes became distorted.
It was only while I was modeling the tent that I noticed there is a sort of "door" partway up the front face... presumably for aircraft?
Posted by Sasha at 11:56 PM