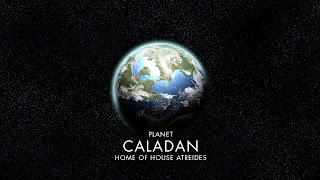 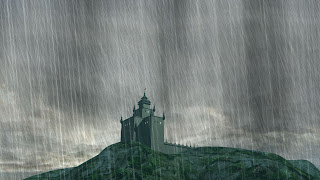 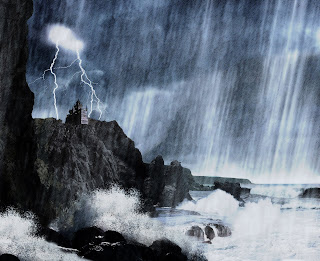 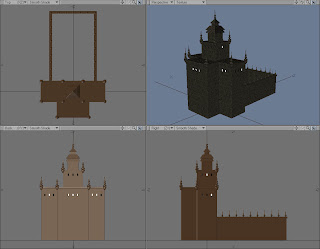 (Click previews for larger image)
For the introduction to the planet Caladan in the movie, it starts with a really awesome panning shot of enormous waves crashing against a rugged coastline, before cutting to a really awful model cliff side and totally out of scale waves, before cutting again to show the Castle where the Duke and his family reside.
My vision here, using modern digital compositing techniques, will be to extend the first panning shot, so it continues up the ragged cliffs until the castle is revealed at the top... possibly having the camera close in on the window where paul is sitting, then cutting back tot he interior shot that starts at the window with the rain outside and pans over to see Paul at his desk.
I've included an image of the model, a mock up of what I sort of want it to look lik, a render of the model and a render of the planet Caladan.
Posted by Sasha at 3:31 PM