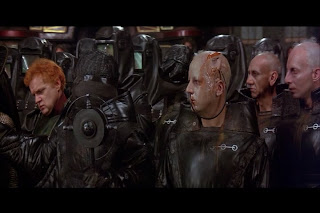 With advances in technology, most notably Star Wars Episode 3, where Christopher Lee's head was successfully composited over the stunt double's head for much of the climactic duel at the start of the film, I feel it would be possible to replace the heads with the originally designed ones (Which bridge the evolution between the human 1st Stage Navigators seen prominently in the movie, and the giant mutated 3rd Stage Guild Navigators). Today I had some time on My hands, so I did a ROUGH composite in photoshop to see how the final product might look (Only better!). 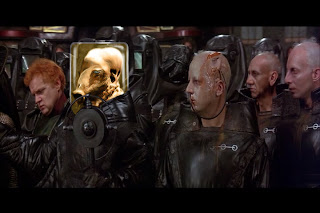