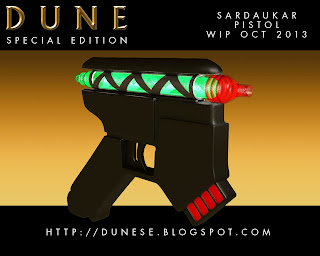 Just finished up a low resolution version of the Sardaukar pistol - for use by eventual CG Sardaukar - so I didn't include some of the smaller details, though I may add them later.
To My knowledge this prop doesn't appear in the film, nor have I found any examples of it as concept art. However, it WAS a toy made by LJN (Called the Sardaukar Laser Gun) along with the Fremen Tarpel Gun (Which seems to have been based on the concept art for the Fremen needle gun) - Next will be the Sardaukar Lasgun/Rifle you can see in one of the examples below (along with the pistol). 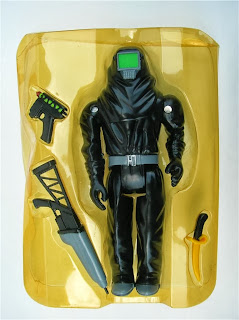 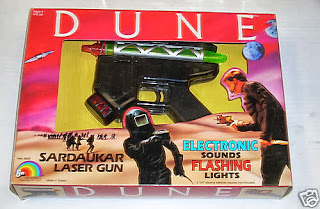 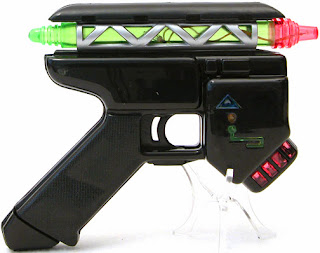 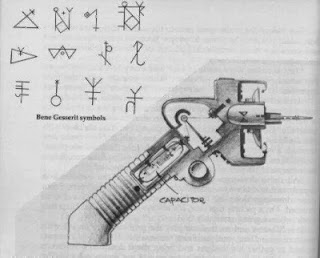 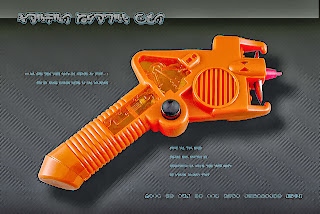